The Snuza Hero SE is a small, portable movement monitor that attaches to baby’s diaper and senses movement via a sensor that contacts the abdomen. It is the same size as the Snuza Go and functions in a similar manner but it has a cool vibration stimulus designed to rouse baby from a deep sleep to encourage movement without the need for a loud in nursery alarm. In addition to the vibration feature, the monitor will alarm if it doesn’t detect motion after a set amount of time. The Hero may not be the best choice for parents who want to limit false alarms as we experienced more false alarms with the Hero than the mattress sensor options thanks to the sensor losing contact with the baby’s abdomen. This monitor is more expensive than the Snuza Go and some of the other monitors we reviewed, but its portability and stimulus feature makes it an excellent choice for parents who need a simple wearable on the road.

To ensure you stay connected to your little one and will hear the alarm of the Snuza should it go off, consider pairing this monitor with a great sound monitor or video option.

Our Analysis and Test Results

Snuza has been creating baby movement monitors since 2007, using bio-sensory technology. The Snuza brand monitors aim to alert parents of incidents where the movement has stopped indicating breathing has also likely stopped. They are the first baby technology company to successfully launch a portable baby movement monitor and the first portable infant breathing monitor. Sunza is comprised of individuals with the goal of creating products that can speak for babies when they are alone in their crib and unable to breathe. Snuza monitors are manufactured by Biosentronics cc., which is based in South Africa and are currently the largest selling mobile baby movement monitor in the world.

The Snuza Hero SE performed well compared to the competition, but its tendency to arrive new with a dead battery and the higher occurrence of false alarms hurt its overall likeability for some online reviewers.

The Hero is not as reliable as the mattress sensor pads as it can shift away from baby’s abdomen making it unable to sense the bay’s movement.

In general, the diaper attachment monitors are not as reliable as the mattress sensor pads. The Hero suffers from the same drawbacks as the Snuza Go when it comes to reliability. False alarms were minimal with children under 6 months of age, but the incidents increase markedly once babies start moving and rolling over as the sensor becomes removed from the abdomen causing false alarms as it can no longer sense baby’s movement. A one-piece sleeper with the sensor in direct contact with the abdomen can reduce false alarms but this makes the monitor more difficult to turn on or off, covers the indicator lights, and muffles the alarm sound. The Hero does over an audible “tick” with every movement which is designed to provide peace of mind to parents (if you can’t see the indicator light) but it also seems to be disruptive to sleeping babies making it a poorly designed feature for light sleepers.

The Snuza Hero attached to the diaper under a one-piece sleeper. While this helps it stay in place, it muffles the sound, hides the alert lights and makes turning it off and on more difficult.

Unlike the Snuza Go, the Hero has a vibration stimulus feature that emits a gentle vibration when a 15 second period without movement is detected. The vibration is designed to stimulate little ones out of a deeper sleep and encourage movement/breathing without fully awakening them or causing crying from a loud in nursery alarm. If the monitor detects movement following the vibration, then the alarm will not sound. If three vibration stimulus incidents occur, a “rouse warning” (one beep every 2 seconds) will sound to alert the parent. The rouse warning only works in its preset programmed mode, but you can turn it off, so it functions in the same manner as the Go. It does not have the ability to be programmed to alert at different time intervals like the Snuza Go. All other features and functions are the same on the two monitors.

The Hero has a clip on the back for attaching to baby’s diaper.

This monitor comes ready for use with the battery installed, though many online reviewers remarked that the batteries were dead on arrival in new monitors they purchased. The monitor has no setup required and works simply by turning it on and attaching to your baby’s diaper. It has a more complicated interface than the Snuza Go thanks to the vibration stimulus feature, but it isn’t as challenging as the mattress sensor pad monitor or those with a parent unit. We experienced that is nearly impossible to attach the monitor without waking your baby if they are already asleep so you’ll need to make it part of your routine clipping it on prior to baby falling asleep.

The Snuza Hero comes with a hard carry case that makes it ready for travel with no other components necessary.

The Hero is small enough to be stashed in the diaper bag and comes with a hard case to protect the sensor. You can use it in any stationary location where it is safe for baby to nap with no modification necessary, making it a great choice for parents who travel or babies who spend a significant amount of time away from home. 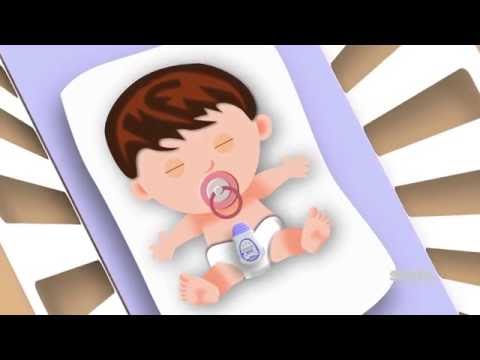